Neville Goddard: How To Manifest Your Life Using Your Imagination (VERY POWERFUL!!)

** Neville Goddard: How To Manifest Your Life Using Your Imagination (VERY POWERFUL!!)

How to manifest your life using your imagination. Neville Goddard is a fantastic mystic and teacher, and today I break down his work.

This is all about Neville Goddard…

Neville Goddard: How To Manifest Your Life Using Your Imagination (VERY POWERFUL!!)

Step number one you must make then become now and there become here, let me say that again because it’s super deep and it like kind of goes over the head. Neville Goddard said something incredibly powerful. If you want to manifest using your imagination, and here’s what he said. He said that you must make then now, and they’re here. So what does that mean to make then? Now what are you doing? You’re collapsing time into the present tense. Neville Goddard says very clearly that consciousness is the end all be all of all of creation. Consciousness is in everything and it creates everything. And he says that creation isn’t a real thing. You know, he mentioned in the Bible it says that creation is finished and he goes off to share his ideas about that. And he says, if creation is finished, what that means is you’re not creating anything that you want.

So if you want more money, if you want to create your soulmate, new job opportunity, your dream business, more income, traveling around the world and new home, a dream, family, health, whatever it is, you’re not creating it because it already exists. You’re manifesting it, meaning that all the energy that ever was and ever will be is 100% evenly present in all places at all times and that time doesn’t really exist. Your subconscious mind and your conscious mind, your consciousness in general is an individualization of God and this God energy. How’s the ability to create anything? But if you’re looking at then, so meaning sometime in the future for instance, it’d be great. It’ll be great when I can attract more money, man. It’d be really nice if this year or sometime I could get a promotion. I really hope this year that I could attract my soul mate.

Go on some great dates. It’s taking your desires and putting them in the future and when you take your desires and you put them into the future, you’re implying of then a future time, which is really saying to consciousness that this thing might exist in the future, but for now we’re going to continue to create the same reality. For instance then versus now. Could be something like this with your bank account. You know, it’d be great if I could finally double my income sometime, I dunno, maybe in the next like two years versus I’m so happy and grateful. I have now doubled my income. One, you’ve, you’ve developed the consciousness of assuming the feeling of the wish fulfilled, the switch, what Neville Goddard says, assume the feeling of the wish fulfilled. So you have to be able to collapse time. So comment down below that the number one point of using your imagination according to novel, which is make then now make, then now your subconscious mind is what creates your reality.

And so your subconscious mind only receives information in the presence. Hence. So if you cast your current desire as a future possibility, meaning your desire, now you say, well, it’d be great if I have this in the future. Hopefully I can get this thing in the future. What you’re really saying is it does not exist now. And if creation is finished and you’re constantly manifesting at every single moment, all possibilities already exist. What you’re continuing to do is create the same lack that you no longer want. 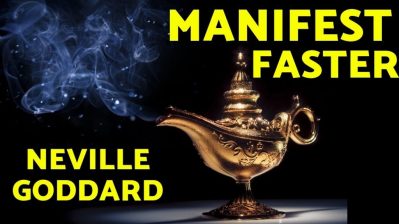 How to manifest your life using your imagination. Neville Goddard is a fantastic mystic and teacher, and today I break down his work.

Follow This Financial Advice to Make More Money in 2021!!

WANT TO BE COACHED BY JAKE DUCEY? At this time, due to overwhelming  numbers of applications, please click here to check out the masterclass as a starter to coaching. 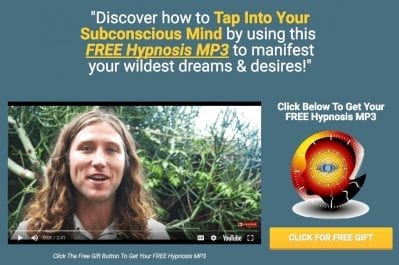