The hidden memory of H2O is well known by many scientists, but is largely unknown by the general public. The coolest thing is you can use water to get exactly what you want.
Download my Free Success Hypnosis that will help your reprogram your subconscious mind https://www.jakeducey.com/hypnosis
Maybe you’ve heard about the famous water experiment by Dr. Masaru Emoto. Starting in 1994, Emoto began photographing the crystalline structure of water and ice in different settings. He suggested that intentions impacted the crystalline structure of frozen water. Positive emotions sent to ice seemed to make the crystals more harmonious, while negative emotions made them take a chaotic form.
To be clear, there ARE people that dismiss Dr. Emoto’s studies, although I find it hard to argue with actual microscopic photo evidence! But even if you dismiss Dr. Emoto, it’s important to know there’s many scientific studies by others that have proved water has memory and responds to consciousness.
Some people are skeptical and dismiss Dr. Emoto – although it’s hard to argue with actual microscopic photos! But to be clear, he’s not the only one who has studied this.

Prof. Dr. Bernd Kroeplin and Regine C. Henschel, Aerospace researchers from Germany, have done similar groundbreaking studies and have concluded that water has memory. By examining individual drops of water at an incredibly high magnification, scientists were able to physically see that each droplet of water has its own individual microscopic pattern, each distinguishable from the next and uniquely beautiful.
A scientific experiment was carried out whereby a group of students were all encouraged to obtain one drop of water from the same body of water, all at the same time. Through close examination of the individual droplets, it was seen that each produced different images.
The German scientists believe that as water travels it picks up and stores information from all of the places that it has traveled through, which can thereby connect people to a lot of different places and sources of information when they drink this water, depending on the journey that it has been on.

This has even been compared to the human body, of which each is incredibly unique and has an individual DNA unlike any other. Whilst the human body is made up of 70 percent water.
The thing that’s so incredible is that since water has memory, you can inject and store intentions and consciousness in them. The fact is that you can get exactly what you want using water! 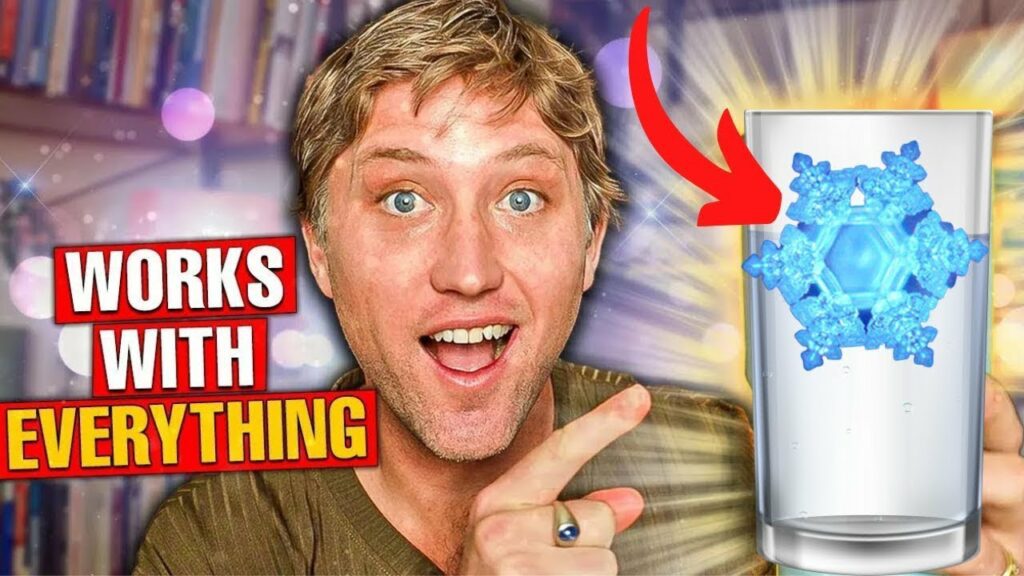 Title
The Hidden Memory of H2O - Use Water to Get Exactly What You Want!
Description

Jake shares background information you may not know about the third eye, and how you can actually activate your pineal gland through this technique.
«Previous Post
It Only Takes One Word to Manifest Your Desire | Law of Attraction»Next Post
Try Elon Musk’s Secret Matrix Codes Before They DELETE this…